Why Using A Marijuana Vaporizer Is Better For You 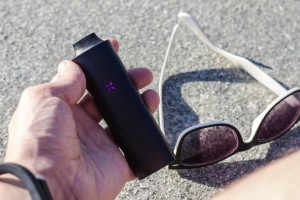 Technology is an interesting aspect of our everyday lives and we use it constantly, whether to watch our favorite television shows or play a favorite video game. Now there is technology that enables you to inhale THC without actually smoking it; it’s called a vaporizer. With the use of weed vaporizers, you will be able to enjoy your herb without having to worry about the significant health drawbacks of traditional smoking such as rolling a regular blunt. Below are just some of the many ways that marijuana vaporizers can be significantly healthier for you.

1. Eliminating Smoke
The first thing to take into consideration when you’re interested in buying herbal vaporizers is that they are specifically designed to eliminate the harmful smoke that is generally attributed to smoking pot in a joint. Whether you want tabletop vaporizers, handheld vaporizers, or desktop vaporizers, they all work to the same benefit.

Within each unit there is a heating element that helps heat the cannabinoids to get to a temperature in which they will be released without burning or combustion occurring. It will dehydrate the buds to give you a healthy, smooth, and enjoyable vapor instead of forcing them to catch fire and mix with chemicals in the air as the oxygen begins to burn.

2. Eliminating Chemicals
As previously mentioned, when you roll a joint or pack a bowl in your pipe, you don’t think about how the weed will be inhaled. Unfortunately the more that you force the buds to burn, the more chemicals they attract as the oxygen mixes with the smoke. These chemicals can be responsible for a variety of health detriments, particularly cancer.

Instead of putting your health in danger, using weed vaporizers allows you to carefully heat up the buds to produce a vapor instead of a smoke. Not to mention that it will help you to get just as high as you would if you were to roll the weed in papers.

3. Getting Rid of Waste
Have you ever noticed the amount of roaches that you have lying around after enjoying a few joints throughout the week? Instead of having to unwrap the roaches and put them together in a new joint, using dry herb vaporizers allow you to use all of the weed in one session. It will reduce the buds down to relatively nothing once all of their beneficial compounds have been released. You won’t have to worry about cleaning any pipes or getting rid of resin buildup. As an added benefit, you also don’t have to worry about yellowing teeth.

4. No More Smell
Smoking joints or enjoying your bud through a pipe has an extremely distinctive smell, which is something that you may want to consider avoiding all together. With the help of herbal vaporizers, you won’t have to worry about the strong stench associated with burning a spliff. It is important to remember that the smell won’t be completely eliminated but it will be significantly reduced. This can be great for people who enjoy smoking in their homes as it will help to greatly reduce the smell that accumulates in your furniture, upholstery, and even in your clothes.